There are many different types of anxiety. This article explores some of those types and asks if anxiety counselling can help regain control.

We’ve all experience stressful or dangerous situations which provoke in us feelings of panic, anxiety or fear. These feelings are completely natural in such circumstances and thankfully these situations don’t occur too often.  For people with anxiety disorder, however, these feelings can occur regularly and may strike at any time.  When they do happen, these attacks cause the individual distress and leave them feeling powerless and out of control.

People who suffer from anxiety suffer to varying degrees. At times anxiety is a low-frequency, background noise; it’s there, but it’s not too troublesome. For some sufferers anxiety remains at this volume level. Some anxiety is pitched somewhere around mid-range, while in the most severe cases it as if the volume has been turned up all the way to eleven. This degree of anxiety overwhelms all other senses and can exclude any other form of mental activity. Attacks of this severity can affect aspects of the individual’s life and shut down their capacity to derive any pleasure from life.

If this sounds like your experience, then know that you are not alone. In fact, anxiety is one of the most common reasons that people seek therapy.

There are many different types of anxiety including social anxiety, PTSD, phobias and panic attacks. While there a distinct categories for each, there can (for individual sufferers) be some overlap between them.  For example, the symptoms of anxiety are often similar across the different categories. These include mild symptoms such as dizziness, lightheadedness, faintness, sweating, or shortness of breath. There are  symptoms of mid-range anxiety such as hot or cold flushes, nausea, or trembling or shaking. And there are symptoms of severe anxiety such as chest pain, palpitations, or feelings of choking. Other symptoms might include feelings of dissociation, fear of not being in control, or fear of dying. Any of these symptoms could fall into any of the four categories above.

Now, having looked at the similarities between the different types of anxiety, let’s look at each one to see some of the ways in which they differ. 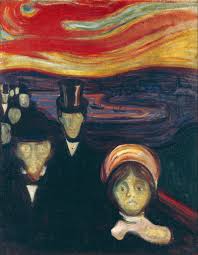 Social Anxiety, sometimes known as social phobia, is a common anxiety disorder which has a significant impact on an individual’s quality of life. Almost everyone experiences some social anxiety in their lives (e.g. during public speaking), making it a normal occurrence. It becomes a problem, however, when anxiety curtails the individual’s ability to enjoy life and/or their ability to function is impaired. Sufferers tend to get overwhelmingly anxious and excessively self-conscious in everyday social situations. This brings on feelings of being negatively judged and evaluated,  leading to avoidance of any situation where interaction with others is inevitable.

Meeting new people, or feeling others are ‘inspecting’ you (like in an interview situation), is enormously stressful for someone with social anxiety. The individual may panic about not making a good impression. If they become the centre of attention in any situation, with ‘all eyes on them’, they feel very uncomfortable. Perhaps they worry that they’ll will blush or stutter, drawing attention to themselves. This often results in them avoiding social situations that, deep down, they’d prefer to enjoy.

If any of these situations do occur, the individual usually experiences emotions like shame and embarrassment. The anxiety around this repeating then makes it difficult for individual to ever express an opinion to friends or colleagues. They often avoid meetings, or avoid eating out or going for a drink, and this begins to make their life very restrictive.

Post-traumatic stress disorder (PTSD) usually develops after a severe physical or emotional trauma such as a car crash. Similarly, being the victim of a crime or assault, or experiencing war or violence can also cause PTSD. Indeed, any dramatic or sudden event, it doesn’t have to be violent, can cause someone to suffer this disorder. Symptoms often include flashbacks of the trauma. The individual can also experience frightening thoughts that intrude upon their everyday routine. These can take place months or years after the event, and when people experience a flashback they often experience much of the original trauma – with similar stress levels – but without any resolution.

People with PTSD often avoid thinking about the triggering event and sometimes have difficulty recalling it. Attempting to recall it can trigger the original trauma, so working with PTSD involves a great degree of sensitivity. PTSD also implies some distance from the activating event. While a ‘stress reaction’ to an event still ongoing is normal, experiencing symptoms long after the event indicates there is a problem.

In addition to PTSD’s psychological repercussions, and it also often impacts the individual’s physical health. The symptoms of severe stress – high levels of adrenaline, elevated heart rate, etc. – put the body under severe strain. Long term this has an effect and in the short term can aggravate any underlying physical condition the individual may have. People with untreated PTSD are also vulnerable to substance abuse, often in an attempt treat their symptoms by ‘self-medicating’.

Overall, PTSD has a severe negative impact on an individual’s quality of life.

For anyone who has suffered them, panic attacks are a terrifying experience.  Some of the symptoms are dramatic such as experiencing a feeling of choking, or a pounding heart rate. the cause of panic attacks vary from individual to individual. For one person the sensation of being in a crowded space could trigger a full scale attack. For a second person, the trigger could be finding themselves alone in a large, empty space. And for a third person, the need to make some important decision can trigger an attack.

One shocking thing about a panic attack is the rapidity with which they occur. They can happen suddenly and without warning, often coming out of the blue, leaving the individual feeling very vulnerable. Another terrifying aspect of panic attacks is that the individual often feels as if they are dying.  Fearful as to when the next attack might occur, the sufferer becomes caught in a negative feedback loop. Anxiety about when the next attack might occur can cause the next attack.

Although the symptoms may be real, the good news, at least, is that in the short term panic attacks won’t kill anyone.  The bad news though, is that long term the symptoms can negatively affect their health. 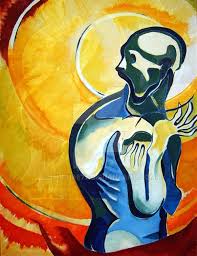 A phobia is a persistent fear of an object or situation. Individuals who suffer from a particular phobia will try avoid the object of their fear, even it doesn’t pose any actual danger. Phobias, often thought to be irrational, are sometimes divided into two types; simple and complex.

Simple phobias might include a fear of dogs, mice, snakes, spiders, enclosed spaces or even dentists or clowns. Reactions to simple phobias range from mild to severe and, in certain cases, might result in a severe panic attack.

Complex phobias tend to be a more deep-seated fear of a particular situation. Examples might be agoraphobia or social phobia. Agoraphobia is an intense, debilitating anxiety – regarding open or public spaces – that leaves the sufferer unable to leave the house. It usually occurs as a result of the individual having suffered from recurring panic attacks in the past. Fearing they may die, the individual never ventures outside in case they suffer a panic attack with nobody around to help.

Simple phobias start earlier in life and usually disappear on their own. Most complex phobias start later in life and can be more troublesome. If there’s no way to avoid the source of the phobia, the severe distress provoked usually has marked effect on daily activities.

Avoidance as a Natural Response

A natural response to anxiety can be avoidance. Avoidance is a common behaviour for anxiety sufferers as they attempt to control any given situation. The individual  may begin to avoid certain people or places or they may only do things if certain restrictions have been put in place. The social anxiety sufferer, for example, may avoid responding to an invite while they think up some way to avoid the event in question. The sufferer of PTSD often avoids anything that reminds of them of the source of their anxiety. The individual who suffers from panic attacks may avoid going out at all. And so on.

In short, people suffering from anxiety often cope with negative reactions by avoiding the very situations that make them anxious.

Unfortunately, avoidance often backfires and can actually end up feeding the anxiety. Seemingly alleviated, a particular anxiety has merely been temporarily avoided rather than dealt with. Using avoidance as a tactic, the sufferer never gets to learn that the ‘bad thing’ isn’t as bad as they imagine. The avoidance can then result in an intensification of the anxiety. This means future reactions to the ‘trigger’ become more acute, rather than fade away. In avoiding such situations an anxiety sufferer may find temporary relief, but soon they find that the world they can safely navigate has shrunk in size.

Avoidance leads the sufferer to the feeling that their anxiety is controlling them. To try and rest back control, anxiety counselling offers some solutions.

It important to remember that anxiety is the symptom. It shows up as the result of something else and anxiety counselling can help explore and discover what that is. Psychotherapy can also break an individual out of the closed system of their own interpretations. When they see the anxiety for what it really is, it can lose much of its power over their lives.

Whichever approach is used, the therapeutic space is one where individual learns to cope with and manage the physical symptoms of anxiety and panic. Doing so helps the individual realise they can control their anxiety rather than it controlling them.