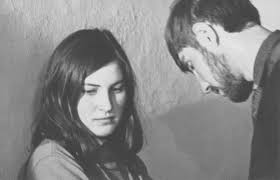 This article explores the benefits of sexual therapy.

Even in our supposedly sexually liberated modern times sex and sexuality remains, for many of us, a taboo subject. We are told – having liberated ourselves from thousands of years of religious repression – sex is a topic with which we’re meant to be entirely comfortable. However, some of us remain as conflicted about sex as ever. The very notion of sexual freedom only adds pressure to the topic. Everywhere we look – in magazines, on TV, on the internet – everybody else seems to be doing it, and, seemingly, freely discussing about it. So, why can’t we?

The expectation is that we too, as members of a post-sexual revolution society, should be enjoying ourselves. If somehow we are ashamed of some aspect of our sexuality, the knowledge that we may not be reaching the high standards set by others only adds an extra layer of shame. Compounding the issue, we may feel that we have nowhere to turn to discuss such issues. Sex is often a taboo topic between families and friends and so we can’t rely on the people we normally turn to for support. Fearing judgement by others we keep our shame to ourselves.

Yet another layer is added for those of us who might suffer from any of the range of sexual issues or sexual dysfunctions. The shame that often accompanies these issues may have been building for many years, putting us under enormous psychological pressure. These issues matter, not just because we may struggle to have a pleasurable and satisfying sex life, but because of the potential repercussions in terms of our personal relationships.

However, it may help to know that not only are these issues quite common but they are often easily treatable.

For anyone already in relationships, issues with our sexuality can have knock-on effects on the quality of the relationship. For those not yet in a relationship, sometimes the issue can prevent the individual from seeking a relationship in the first place. In both cases, the issue can have a detrimental effect on both our happiness and sense of self-esteem. Left untreated, sexual issues can contribute to depression, anxiety, and more, all of which can impact other areas of our lives. Further, issues like depression or anxiety can feedback into the issue, creating a vicious cycle.

Understandably, people are often anxious about seeking help for problems with their sexuality.  Sharing our most intimate thoughts and feelings with a complete stranger is undoubtedly daunting. Opening up about an issue we find embarrassing – one which we have kept secret for so long – can leave us feeling very vulnerable. However, sexual therapists aim to be sensitive towards these vulnerabilities, remaining both sensitive, empathetic, and entirely non-judgemental.  Many people entering sexual therapy find that just talking about the issue can offer some relief. Shame is a powerful emotion which itself can feed a sexual dysfunction. By bringing the issue into the open, shame can recede, the issue lose some its power, and the process of recovery can begin.

What issues does sexual therapy treat?

A list of sexual issues would include the following:

What are the causes of sexual dysfunction? 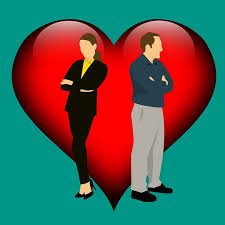 For some people sexual issues can arise from an earlier traumatic sexual experience, such as abuse or rape. Other sexual dysfunctions can be caused by some other psychological condition. For example, for some men, issues related to sexual performance can be based on anxieties rooted in previous experience. Some issues can be biological in origin; for example, for some women changes in desire can be caused by pregnancy or menopause.

Many issues are rooted in societal taboos about sexuality. For example, lots of people are instilled with shame and embarrassment about sex in childhood which can manifest as some issue when the individual reaches adulthood. Other root causes may be circumstantial; for example, when financial or workplace stress takes a toll on a relationship, eroding intimacy to the point where partners begin to fear any physical contact. Yet other causes might be environmental; for example, the unrealistic expectations caused by watching some types of pornography, for example, which can give rise to body-image issues or sexual performance issues.

Some solutions are short-term. For example medications like Viagra might help with erectile dysfunction. Similarly, drinking alcohol or taking drugs might temporarily help with issues such as intimacy or painful intercourse. However, neither of these solutions, though they work in the short-term, tackle the root of the problem. One long-lasting way to resolve these issues is with an experienced sexual therapist.

What happens in a sex therapy session?

One of the first things the therapist will do is take a full and detailed history of the issue. This enables them to determine whether the issue is psychological or physical. Because sexual therapy can only resolve psychological issues, you should first visit your GP in order to rule out a physical cause. An entirely physical issue will not be treatable in counselling. If, however, there is no obvious medical cause, then the origin of the problem is likely psychological. Alternatively, it may be a combination of psychological and physical, in which case sexual counselling can still be of some benefit.

One important thing to point out – if counselling proceeds- the issue being psychological, the therapy doesn’t involve touch. Sexual therapy is a talk therapy, focusing entirely on the psychological component, without physical contact. There are some issues for which the therapist recommends exercises or tasks to be completed, but these are homework which do in your own time.

You can see a sex therapist by yourself, or, if your problem affects your partner as well, it may be appropriate for both of you to attend (with those therapists who work with couples).

How does sexual therapy work?

That really depends on the issue, and will depend on your history and on the assessment the sexual therapist makes. For some issues, the therapist will explore a behavioural programme with the individual. There are a number of cognitive behavioural therapy-style, evidence-based treatments for different sexual issues. Each CBT protocol is for a specific issue, and so each treatment will be different. For example, behavioural exercises for premature ejaculation will inevitably be different for exercises for delayed ejaculation.

Again, depending on the issue, some exercises will be aimed towards the individual, whereas others focus on the couple. For example, for a couple experiencing intimacy issues the first step might be that penetrative sex is off the menu. A male suffering from performance anxiety might be given the same exercise. Though the exercise is the same in both cases, the aim is different. The purpose of a sex ban allows the couple to ‘just be together’, focusing on intimacy and without thinking about ‘what next’. For the male the focus is not on ‘performance’, relieving some of the pressure.

As you return for each weekly session, some discussion will revolve around how the exercise went and what feeling or challenges it may have stirred up. Further exercises are then tailored according to your circumstances.

These CBT protocols can last from several weeks to a couple of months, and are often successful of themselves. In cases where they might not succeed, it may indicate a deeper seated psychological issue for which  additional therapy may benefit.

I offer sexual therapy in Dublin city centre, providing a space to think about sex in a safe and non-judgemental environment. I work with you to rebuild the intimacy back into your relationship – whether that’s with your partner or with your relationship with your own sexuality.

In a caring, supportive environment, we work to resolve the issue, removing the sense of shame or anxiety, and keeping in mind your needs and desires. I give you the space to explore your sexuality, hoping to enable you to rediscover sex as a fulfilling and profound pastime. Something we all truly deserve.

If you wish to discuss some issue, please don’t hesitate to get in contact.